How to Game the System

For as far back in history as I’m aware of (not that I’m a historian), there are records of efforts to subvert voting, laws and governance. Efforts have included bribery; extortion; turning voters away; threats to employment, property, family, life and limb, and other forms of coercion; collusion; cronyism; nepotism; falsifying/altering ballots; revolving door voters, voting booth volunteers making completed ballots; voting for those who are mentally ineligible; voting for the deceased; and so on. Nowadays, there are even machines that will read ballots and add/change what’s on them. And governments are buying them so rejoice! You can mess up the mail-in ballots, the online ballots, the overseas ballots AND the in-person ballots, too! Hallelujah! It has become insanely easy! Huzzah! 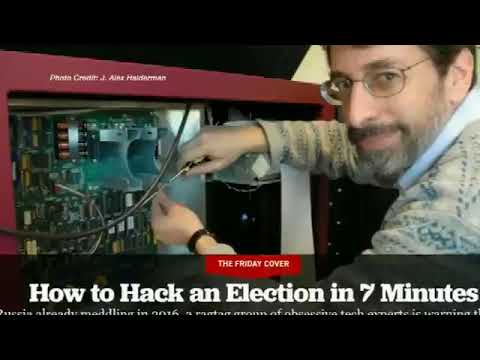 Criminals and lobbyists alike love Congress. All that representative governance does is make it easier to fix a vote, since there are fewer people to manipulate/influence, and replace the sheeple with stooges for the decision-making process. Fix the vote, then write the bills (ala ALEC), let your stooges take credit for the bills, and then get your stooges to vote the bills into law. There are lots of dummies (i.e. people of low intelligence and/or high ignorance). I may well be a dummy, for all I know. It’s hard to tell who’s not since everything is obfuscated. Keep the populace under-educated and confused about what’s true and what isn’t, which is remarkably easy, while offering few choices that resemble anything better than a dead rat but looks like filet mignon, serves the people gaming the system quite well.

Don’t like a law because it will inconvenience you? No problem! You can filibuster for as long as you want and, if you run out of steam, someone else can take your place. If that doesn’t work, you can put revisions into the law at the last minute that make it good for you and then force it through at the last minute (like the ACA), riddled with all kinds of corruption. And, hey, if it really gets hard for you, everyone on your team can simply REFUSE to consider something. Even walk out! Being a lawmaker is such a drag, though, so don’t forget to watch stuff on your mobile phone or computer while you’re sitting there eating up taxpayer money! Your bill didn’t pass because the other party opposed it? Wait until your party dominates and reintroduce it under a different name.

Tis, of course, important to select candidates to back who are more self-interested and, thus, prone to being bribed (cough Jack Abramoff et al, Nixon et al cough). People with mental conditions like megalomania, monomania, psychopathy (primary, not secondary aka sociopathy), narcissism, a touch of senility, and so on are all great candidates as they’re more likely to be corruptible if they aren’t already. Social chameleons (who may have borderline personality disorder, or they may just be good at adapting to whomever they are talking to) are one of the most effective choices, because they can mingle and be liked by just about anyone, changing with the wind coming out of someone’s mouth, but will still do your bidding because of the money you stuff in their pockets. Those with financial trouble, gambling, substance, health, marital, or other issues are also a bit weak at times, so be on the lookout for new stooges to bring into your control. Why choose a candidate who is morally upstanding when all you have to do is find someone who is corrupt but doesn’t have a record of crimes and obviously moral bankruptcy? Raise the person’s reputation up high, hush any scandals in his/her history - and it’s even easier for the person to be a shoo-in if s/he is attractive!

The fact that capitalism allows the collection of wealth to a degree that eclipses those of past monarchies, without the obligatory things of royalty, and gives control over multiple nations without warfare (but that can be used, too) when combined with a democracy or republic, gives the public a feeling of freedom and opportunity while in a gilded cage. This is good for you because it means they think they’ve got it made instead of feeling like slaves in a machine, which means they’ll be more productive and, if you let them get away with lots of stuff, then you can achieve the goal of using capital to earn huge sums of money off their efforts. Heck, if someone invents something for you, you can claim the patent for yourself because you paid that person. It doesn’t matter if someone from the masses makes it big - they might be your next protege or crony!

If a country (using whatever governance system) can reap the rewards of the labor and resources of unaffiliated countries without doing more than behind the scenes skullduggery, such as economic espionage, causing social unrest, and the occasional war, why isn’t that much easier than colonialism and overt empire-building?! They can use a skeleton crew, as it were, to obtain the same goals that took the Romans, the Mongols, the British, and numerous others millions of soldiers and lots of tools of war, plus lots of time, money and losses!

Make sure you hold the power in an important sector, such as the military, industry or agriculture, and use that leverage to pressure people who are stubbornly ethical. Nothing like a starving, angry populous on the verge of an insurrection to get someone to capitulate!

Having trouble keeping your own people happy/in line? Stuff religion down their throats and have the state-controlled clergy told what to say, just like happened for millennia between royals and clergy supporting divine right in many parts of the world. If, by chance, the populace discovers the fraud - don’t worry because you can change the government while leaving the inherited wealth in the hands of those deceitful royals, and even give them some political power and lauding them as wonderful people. The religious leaders will be forgiven, too, for is it not true that humans have short memories and tend not to want to think ill of their beloved spiritual leaders?

Not enough? Add in an educational system that teaches just enough to produce lots of employees as opposed to leaders and entrepreneurs while instilling in them a sense of pride in their country (even if it is a somewhat pathetic and corrupt nation), without teaching them so much that they become able to realize they’re being manipulated and fleeced, and perhaps use charismatic people whom they revere and trust blindly.

Even better, make sure that the media is always ready to provide diversionary news - good or bad, happy or sad - to distract from something important that you don’t want people to keep paying attention. If you have to kill someone, that’s ok as long as no one finds out!

And, of course, make sure there’s lots of entertainment. Any sports should automatically be set up to create rivalries between the fans of teams - that helps keep people divided and ready to riot on the playing field, which gives the media something juicy to holler about! Get them to swoon and fantasize about gorgeous hunks and femmes to the point that they obsess, and if one stalks a famous person or kills them, that’s a great distraction for the news!

Got too many people? Start a war with a stated noble cause (and a pocket-lining secret cause). Heck, play both sides against each other, selling to them both secretly. Don’t give loans unless you’re sure they’ll still be around to pay them back, though!

Need to start a war to gain control of something? Recruit from the poor in your country - it doesn’t even matter if they’re patriots. If it means they’ll get income and food, they’re easy targets. If you’re talking subversion/espionage of another country, look for dissidents in that population, or young, impressionable people to warp to your will. This is especially effective if they think it’ll help them replace the people they don’t like in office, and even more so if they are corrupt and willing to be a puppet leader for you (Mr. Marcos, The Shah, etc.).

Did you get caught in a major corruption scandal? Not to worry - don’t rat out the higher-ups, just take the fall as the lone criminal who fooled everyone, deny anyone else did anything wrong, and sit in jail for a bit with your mouth shut. When you get out, you’ll end up being quite rich, Ollie. When the public finally finds out the truth, all the documents that weren’t shredded, which are safely locked away from prying eyes by claims of national security, will be released in, oh, 100 years after all of you and your co-conspirators are dead. Easy Peasy!

In the US, if you get caught red-handed as the President, it’s even easier! Just resign before you can be impeached, and your replacement will pardon you! Better yet, you’ll still get your presidential pardon AND Secret Service protection (for life!). There is one down-side, though: you won’t be allowed to drive on public roads. But, you’re a bad boy, so do what you like!

Do you feel like you never want to step down? Have the laws changed to make you leader for life (Hitler, Xin Ji Ping, Kim Il-sung, Stalin) or just refuse to step down with the military supporting you. CRUSH those peasants until they beg for the right to pay you extra taxes! Or, if better yet, be the human behind scenes, the puppeteer pulling all the strings, the maestro who holds all the keys and works from the shadows. Anonymity is much better than having assassin’s gunning for you as the figurehead.

And, don’t forget, if you want to continue to maintain an air of acceptability, recite the mantra: “There’s a sucker born every minute!”

So many other secrets to share with you, but I’m afraid this is just a teaser to get you to buy in. For only $1,000 in monthly installments for life, I will give you all the knowledge of how to rule the world. If you’d like to pay in advance, instead, just slide it under the table right now: $720,000 and you will get my Massive Book of Global Domination Secrets! What a deal! Oh, don’t forget me when you’re the top dog! I’d hate to have to use my tricks on you, friend!

After all, I keep dossiers on EVERYONE, and they’re quite safe from all of you. Nothing personal, you know - just life insurance, as it were!
Why, yes, I’d LOVE to join you on your yacht for dinner! I’m sure it’ll be a pleasure to meet your mistress while your spouse is away!