Where on the globe are you? Living in Bend, Oregon

What is your main gig? Volunteer for a group of NGOs focused on climate change, specifically as it relates to food and agriculture

LinkedIn link? I like to mess around on LI, it’s the best ever free focus group research https://www.linkedin.com/in/klaus-mager-47078512/

What is your connection to OGM? Several connections in the network

What part interests you most? I’m laser focused on anything related to soil. Soil is life, there is more life inside the soil than there is on top of it. Out of soil grow plants that feed other forms of life, give back to it in return. An entirely interdependent system which we are in the process of destroying for lack of understanding. Only we are part of it, committing suicide inadvertently.

Extra credit: What are your superpowers? I have this crazy background starting as a chef, which btw is an awesome skill to have at this time with my favorite restaurants all out of commission. I was working on $billion projects leading teams responsible for anything you could eat or drink, from ideation, design, operational startup, supply chain development, corporate alliances. Also international, my last gig was corporate as head of target group marketing with teams in 30 countries, based out of Germany. Totally in awe with Theory U as a social systems change management tool. It works!

Theory U looks cool – thanks for the tip!

Klaus, completely agree with your focus on soil. I created this Thought in my Brain to connect the many different soil-related topics I had been aggregating. Would love to compare notes about it.

Maybe we do a separate OGM call about soil?

Hi Jerry, yes I would love to. Please let me know how to prepare.

If you do, Kate Scow from UC Davis https://asi.ucdavis.edu/people/kate-scow http://scowlab.lawr.ucdavis.edu/ and a woman who goes by soilnertalert on Instagram. I know Kate. I only follow soilnerdalert https://www.instagram.com/soilnerdalert/

The links you have compiled are very thorough, it is an impressive library. I have two depositories for articles, one on Facebook ‘Growing a Revolution’,

and one on the Business Climate Leaders website: [Agriculture Sector - Resources]

my focus has been on operationalizing social systems change which may explain my interest in Theory U, which is a social change management system. It is all based on information, and with so much we already know and available to the general public, what does it take to support this shift?

The industrial food industry is vertically integrated, rigid, and supported by $billions in advertising that confuse the public with misleading health claims. What we know about regenerative agriculture and land use management implies that these business models will have to adjust, in many cases beyond their ability to survive in their present incarnation.

Can we think along those lines to seek leverage points to intervene in this system?

Should I just intro myself to Kate on LinkedIn, or would you like to do an intro, Nancy?

For an OGM call on this, how about Friday 21 Aug after 10am PT, or the week after?

that sounds good, my calendar is open. Looking forward to it.

Next week is a super busy week on Zoom for us, between the Democratic convention, which we’d like to watch, and a virtual event over four days, so I’d love to shift to Monday August 24. How about 10 or 11am Pacific on that day?

I would love our agenda to be very useful to you. Let’s craft two paragraphs for an invitation to the call.

My instinct is to head toward a subject like How (and Why) Might We Tip the World toward Regenerative Agriculture (and Economics)? But I’m not sure that’s where you’re headed. Thoughts? Feel free to write some paragraphs for an invite

Thank you for the opportunity Jerry. I’m having a difficult time with 2 paragraphs, could you please help me to reduce this outline or starting point for a conversation:

This next phase would then be Crystallizing; given the reality of a dysfunctional system, what should the future look like?

Presencing is connecting to source. Crystallizing means sustaining that connection and beginning to operate from it. The first practical aspect of this journey is to clarify what wants to emerge. Crystallizing facilitates the surfacing of a living imagination of the future whole. It clarifies the vision and intent of the emerging future.

I would suggest to focus the discussion around two design imperatives:

There is more life inside healthy soil then there is on top of it. The industrial chemical form of agriculture is killing soil organic matter, a major contributing factor to the current mass extinction of species. Since the start of the industrial revolution, we have lost over 40% of top soil, without which we cannot grow food. Science estimates there are 60 years of top soil left for food production.

Industrial agriculture also causes the loss of carbon in soil, and combined with land use contributes over 24% of global emissions. At the same time, soil has the capacity to absorb carbon out of the atmosphere, buying humanity time to convert the energy systems to carbon neutral.

To regenerate soil back to health requires agriculture to decentralize. Regional conditions of soil, climate, water, and socioeconomics require adaptations unique to each region. At the same time, the centralization of ownership and control over food production has created social disparities. Millions of people even in the US are food insecure, and nutrient deficient foods have caused epidemics of diabetes, obesity, cancer, heart disease.

Maybe we can pick up a discussion from here. There is a profound lack of vision in the absence of leadership from the government, and the industry itself is mired in conflicting interests. Many of the business models now kept alive in the midst of this crisis have no chance of survival in their present form, but prevent / block systemic changes.

On the other hand there are exciting pockets of innovation in communities throughout the US and indeed the world ready to scale, but lacking access to markets.

Hey, y’all, I suggest you split this off as a little project OUTSIDE of introductions as folks most likely won’t come looking for it here (@Klaus and @Jerry)

Totally agree. I’ll take a swing at that

here is a link to my last webinar with BCL/CCL, the Q&A is actually better than the presentation itself. It may help to further explain what I mean by ‘Presencing’ in regard to the Food and Agriculture system. 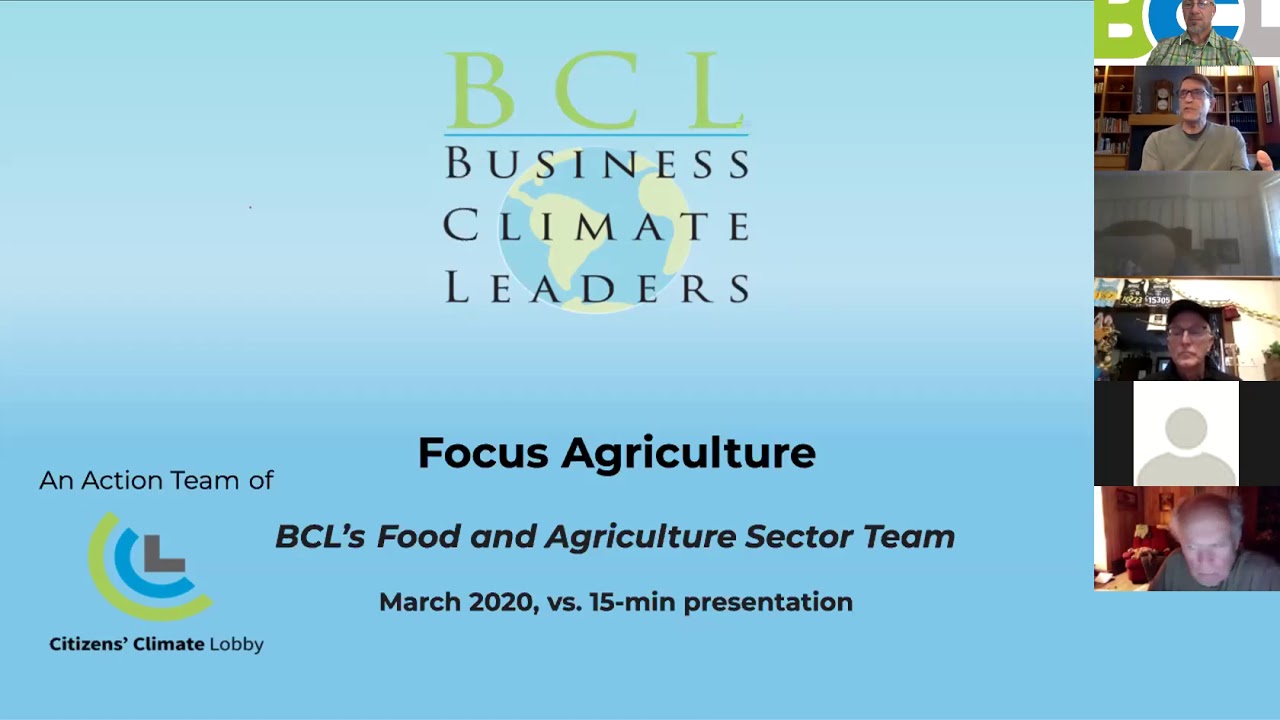 here is a ppt with links that may also be informative: 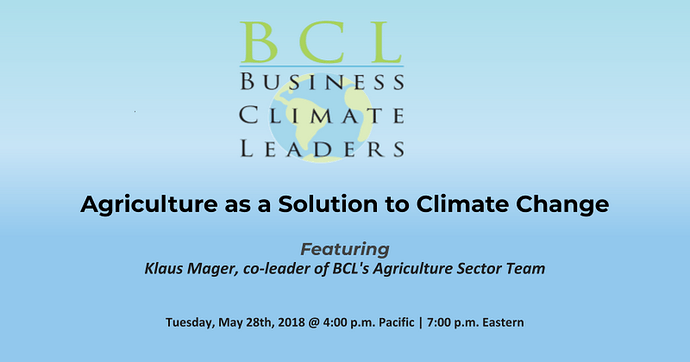