OK, as others didn’t report on the event, I guess I should: Frode Hegland launched “The Future of Text – A 2020 Vision” anthology this week. There’s a print-on-demand softcover available on Amazon, otherwise also PDF and e-book for download here. Two clip recordings of the launch call were published already: opening remarks and closing discussion (in between might have been breakout groups).

@holtzermann17, @Gyuri, @maparent, @jackpark and @DavidPrice are in it. Full disclosure: I contributed a piece too. Didn’t came out quite the way I hoped, but still, might do for a start. Myself without financial interest/benefit/gain, guess the softcover is more or less roughly at-cost anyway.

Should we maybe convene a FoT-OGM-WG? I’d be interested to meet and discuss more w/ the people mentioned here! By chance I was in the same breakout room as @jackpark and @Gyuri in much of FoT2020 but we didn’t have a lot of time to get into any technical details.

I’m always up for that, if somebody else is too (in terms of meaningful interest/commitment/time/effort). I always wondered back with Ted Nelson in 2017 and the Doug@50 initiative in 2018 why there isn’t a modern ARC, just translated into/for today’s circumstances. Where would you go, where would a new person join? I’m not aware that such a thing exists somewhere.

I’m a little bit worried in terms of questions about the FoT-OGM-WG proposal that would better be answered:

This is of course just my own personal impression, might be wrong and/or incomplete, please correct. But given this rough assessment, wonder if a working group fits well into OGM, or would better be at home with the initiatives Frode is leading/spawning, or if it could/should be a separate thing, or if something else exists already elsewhere, or if a working group makes any sense in the first place, being a huge risk and capacity sink with uncertain, questionable merit/success in comparison to other opportunities/potentials, which people therefore tend to choose over text of course. By that token, it’s way more promising to jump into graph stuff, or machine learning and “AI” for reasoning/inference/deduction, or into “map”/visualization, or augmented reality, or some more modern, maybe some currency/value-flows (blockchain/DAO or not), updated version of argument mapping for the likes of sentiment analysis, systems dynamics modeling/simulation/projecting, voting/rating systems, just to mention a few. Text, semantics, augmentation in their earlier sense are mostly abandoned and dead by now because that’s not where there’s much hope to earn big $$$.

Would like to mention that after the first break out session the random reassignment of people to rooms put us into the same room. That was really sweet.

As a contributor to the book I had a chance to deep into it earlier, Now as a published version is out I started reading and annotating.

t’s way more promising to jump into graph stuff, or machine learning and “AI” for reasoning/inference/deduction, or into “map”/visualization, or augmented reality, or some more modern, maybe some currency/value-flows (blockchain/DAO or not), updated version of argument mapping for the likes of sentiment analysis, systems dynamics modeling/simulation/projecting, voting/rating systems, just to mention a few.

Could not agree more

Text, semantics, augmentation in their earlier sense are mostly abandoned and dead by now because that’s not where there’s much hope to earn big $$$.

It looks like https://twitter.com/RoamResearch found a way of getting funding and there are few others that are in the old centralized ways trying to enclose it all.
However there are dozens of clones and deep solutions being developed by members of the Turtleocracy

A turtleocracy is an organizational and decision-making structure. It’s an alternative to democracy, do-ocracy, bureaucracy, consultancy, 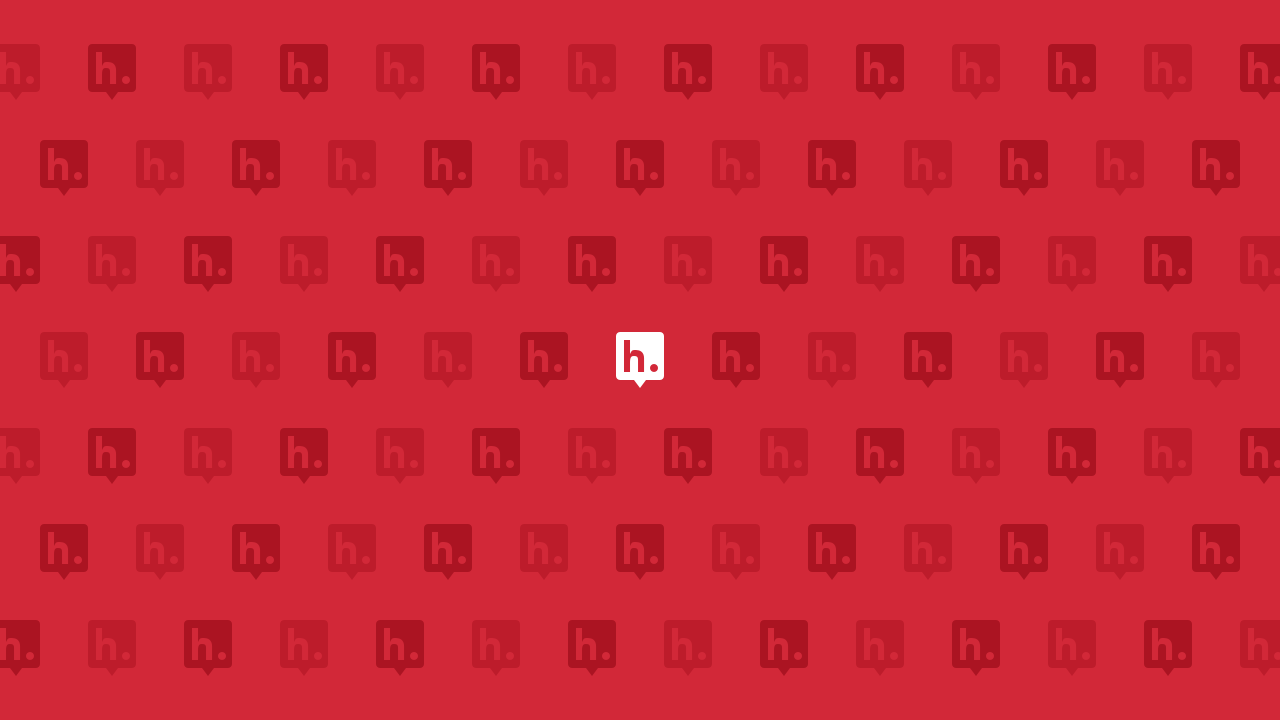 A turtleocracy is an organizational and decision-making structure. It's an... 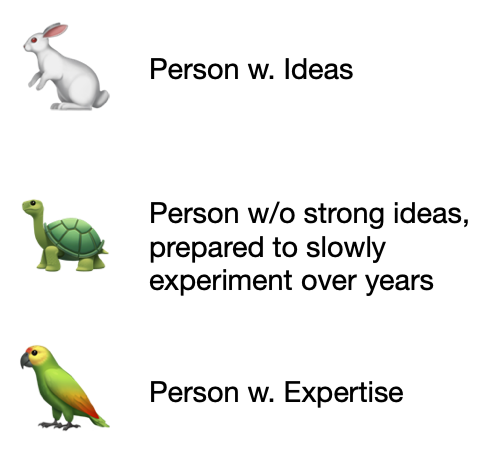 I tweeted this back in April:

Looks like 2020 will be the year where Tools for Sense Making and “HyperMaps of Meaning” are rushed out. Where there is a need there must be a way. Hope they will all strive to “complete not compete”.

Looks like 2020 will be the year where Tools for Sense Making and "HyperMaps of Meaning" are rushed out. Where there is a need there must be a way. Hope they will all strive to "complete not compete". @DecentralEvery We are building @TrailHub1 to facilitate interoperability https://t.co/s7QmnDkYqy
skreutzer November 29, 2020, 12:30pm #7

I’m taking notes in the book as it’s also physical property I’m allowed to own. I avoid the practice of recording digital notes on source material which I’m not allowed (technically or legally) to share and keep published/available and do things with. Otherwise there’s the risk of the source vanishing, and then one is left with notes pointing into the void. Also, one is not permitted to seed it into decentralized peer-to-peer filesharing.

That’s great for Roam, and WorldBrain with Memex managed to get some too before. But then, what can I/we do with them? Do they interoperate and/or bootstrap in some way? Where their products designed/built in a way already before they got funding which allows their integration into a wider hypertext, hypermedia, hyperdata infrastructure (granted, might be fine for you if it’s hypergraph), or is that where they’re spending the money to retrofit theirs accordingly? Is it smart money they got which has a goal of solving information overload and aid teams engaged in solving urgent, complex problems or is it dumb money of the friends, fools and family type, cheap investors speculative money? Who’s/where’s a paying customer/user?

Frankly, getting funding is not among my goals, don’t know what that would positively contribute at this point. What to spend it on? Can burn it of course, sure.

In what way, to what capacity, does OGM/OGMers care tangibly about these things? Seems like OGM is more of a general umbrella organization/space, not necessarily jumping into particular activities of its own

To me the key question about OGM is “whether or not it is comprised of working groups” (if by any other name!). If it’s not, that’s fine: it’s a discussion group in that case and that can be good for sharing information.

And, if we don’t want to collaborate actively, that’s OK with me, it would still be nice to meet for a chat (or carry on asynchronously so long as that’s fun and productive). We might not know whether there’s anything to collaborate on until we have some more discussions. If it was of interest, I could definitely imagine writing a “survey paper” (or whitepaper); we could target the Hypertext conference for example. ACM has a reasonable policy on preprints and licensing. Or we could be much more informal!

Frankly, getting funding is not among my goals, don’t know what that would positively contribute at this point. What to spend it on?

These days, I’m paid (mainly) to chase research funding (most likely based in the UK, though potentially with pan-European or other international funding sources). Budget to be spent mostly on hiring researchers and developers. All that said, I don’t want to create a false impression that loads of money is going to rain down as a result of this work — but for me this is a good opportunity to strategically organize my thoughts & efforts. To emphasize, though, no particular contributions from anyone else are requested, but it will be very helpful for me to be aware of the landscape, for any hypertext related proposals!

We can also “self-fund” some work directly, of course! Briefly, what I’m working on now:

That’s excellent framing! Wasn’t necessarily much aware about the focus on inquring if there’s a chance to establish and maintain working groups (didn’t attend the OGM mission workshops, for example). Wonder if it then would have merit to start one on the topic of hypertext, or graphs, or AI, or a combination of these, but then keep in mind that there is already the FJB working group, and the one for Peeragogy Patterns, Wraps + PARs, and sounds like Frode wants to start one too, which may or may not be similar or overlap/compete/conflict topic-wise. If there’s enough interest + commitment around the not-covered topic of hypertext, (and/or hypermedia), and/or hyperdata, or in the extended realm of topics computer programming, game design + programming, certain unsolved numeric math problems, certain explorations into machine learning, and/or augmented reality too (depending on time/capacity, one has to focus and pick battles I guess), I’m always up to sort of contribute and organize etc., but also can’t do it all on my own alone, which is why I didn’t yet. For OGM (or CSC or Peeragogy) as host/branding, the Action! category didn’t receive that much engagement back some time ago, but maybe it’s a bit different now since then.

Addition: ACM Hypertext conference, not much on my radar because somewhat influenced by the Web, I’m mostly looking at the pre-Web Hypertext conference proceedings. And then, the ACM as a publisher has a quite questionable approach when it comes to what’s supposed hypertext or some, any kind of decent, better future for text.