Yesterday, I had a lovely meeting with my friends from CICOlab, where I had a chance to present, for the first time, the concept of the platform project that I’m working on as a candidate for hashbin. We decided to continue the conversation here so that other OGMers, too, can bring their reflections and questions to the project. SymmaSys, the current name of the project is explained here.

Presently, the project is stewarded by Future HOW and I’m using this post for opening a conversation with CICOlab and other OGMers interested to learn more about and, eventually, participate in it.

In a broad sense, I can say that this is a project that I’ve been working on in the better part of my adult life, but in a more specific sense, only the last few months.

My projects don’t start with customer need analysis but with my compelling reason for doing them. I’m discovering that by sensing into what is a mission-critical need on humankind’s evolutionary journey, which I have any capability to contribute to addressing. Typically, I’m getting there, by asking such questions as: What time is it in the world? What is the need that this project can uniquely meet?
What does the world need this project to be?

In this first section, I describe the need in the world that SymmaSys is aimed at addressing.

When the old world is dying and the new is yet to come, the complexity of the shift, at the scale of our planetary civilization, is inconceivable. It is so overwhelming that when we try to sense and make meaning of it, the most that even some of our best minds can do is to “build bridges into the fog,” as Tomas Björkman wrote on the “What Is Emerging?” website. 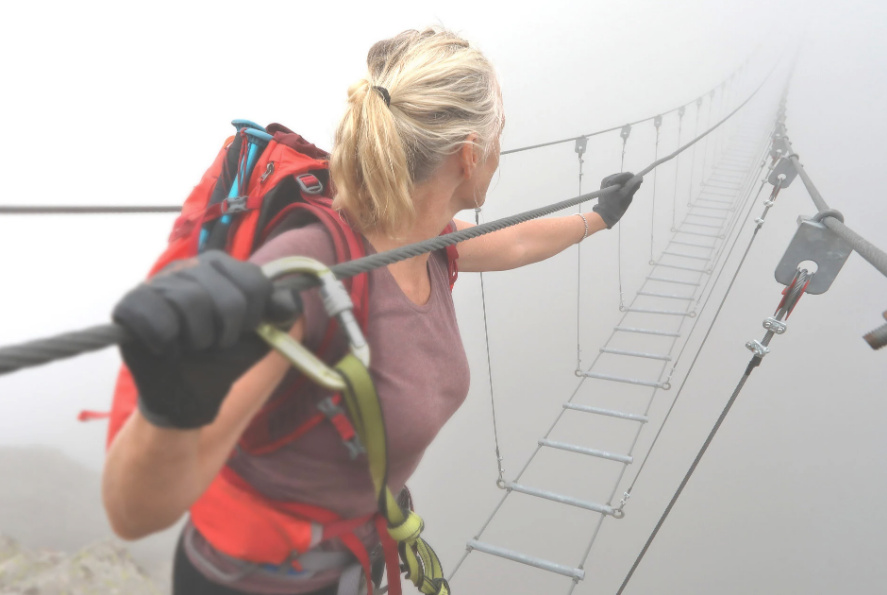 Once we accept that our individual mind’s capacity is orders of magnitude smaller than what is required to sense what is really happening in these tumultuous times, then what?

Most people throw up their hands, saying, we can’t figure this out, whatever will be, will be. Que sera sera. Have you ever listened to that song which was very popular, worldwide, when I was a teenager?

The three verses of the song progress through the life of the narrator—from childhood, through young adulthood and falling in love, to parenthood—and each asks “What will I be?” or “What lies ahead?” The chorus repeats the answer: “What will be, will be.”

Unfortunately, that answer wouldn’t let humankind pass its evolutionary test. I addressed why it is so in Towards a Generative Action Research for Influencing Intentional Evolution, where I wrote:

“Spontaneous, unguided social evolution can keep developing powerful forces of science and technology, but not a just social system, where all can benefit from their fruits… In fact, the one-sided development of those forces… is raising the risk of systems-wide cataclysms due to the galloping complexity of our intertwining, global messes. Our global problematique is simply unmanageable at the level of social organization and consciousness that created them.”

Think of blind evolution that brought us so far as humanity’s childhood. For leaving its childhood and becoming a young adult, humanity needs to develop new neural pathways in the global mind.

I’m talking neural pathways for self-organizing, global-scale collective intelligence, that needs to be supported by an adequate infrastructure that I call an “innovation ecosystem.” That’s the need that the SymmaSys will respond to.

As you can see in my conference paper of 2001, referenced above, and in my related writings, until now my reflections about meeting that need were purely conceptual. I’m thrilled that finally, thanks to the emergence of new software components that can go the MindLinking platform, i can articulate the project with a strong R&D component.

In the next section I will introduce the core idea of the project, in terms of its WHAT and HOW, but before that, let’s stay with the WHY that I described here, for a week or so. How does it land with you all? Does it resonate? What needs to be clarified or challenged?

Have you ever listened to that song

the name may be unwieldy … possibly offputting or overwhelming? too sci-fi?
also it resolves to ‘MLM’ acronym …

curious how we know, how we can know, develop such knowing… beyond #bestguessing … what is this test!? to not blink? to drive or not drive over the cliff?
to #keepbreathing … #together …

a few years ago in a thread on facebook @Technoshaman you asked me something like, can we really help make a better world? isn’t the world perfect already?

What is the need that this project can uniquely meet?

curious about boiling down and expressing in terms of a single “need” — is that essential ?
then at the outset the exercise is fundamentally semantic

Nice! I didn’t know that one.

the name may be unwieldy … possibly offputting or overwhelming? too sci-fi? also it resolves to ‘MLM’ acronym …

Good points. I assume that whatever name I/we would come up with could only be a temporary working name until the final one will appear from the emergent practice of the project design which will expand our understanding of what this project is about.

See the new one that just popped up, here.

curious about boiling down and expressing in terms of a single “need” — is that essential ?

Well, there will be many different needs that project will meet. Here I described the one that I’m thinking of as the overarching, driving need that this project is born to meet.

found this OGM-relevant meta question in your 2014 piece, Towards a Generative Action Research for Influencing Intentional Evolution

what is this test!? to not blink? to drive or not drive over the cliff?

@Technoshaman you asked me something like, can we really help make a better world? isn’t the world perfect already?

Thank you, Charles, for remembering and bringing it back into our conversation! I guess I was referring to these lines of Lao Tzu from the Tao Te Ching:

The world is sacred.
It can’t be improved.
If you tamper with it, you’ll ruin it.
If you treat it like an object, you’ll lose it.

I interpret that verse as our world, including our society, is a living system, not an object. It cannot be improved from the outside. Depending on the altitude from which we look at it, even Trumpism is part of the world’s perfection.

But so are you and all of us. Recognizing that, I can choose to play my part of it, which is instigating and holding space for a project that is to pave the way to the Phase Shift into our conscious evolution.

I think a better name for the system found me when I refocused my attention on the innermost capability of the global mind, which it should build. It is the capability for mutual learning among people, organizations/communities, and social systems.

Nora Bateson came up with a powerful distinction, symmathesy, the Greeek word for learning together, with a rich meaning:

Symmathesy (Verb): to interact within multiple variables to produce a mutual learning context."
—Symmathesy: A Word in Progress

From there, a new name for the project has jumped at me. It kicked me out of bed, in the middle of the night, and sent me to my den to write up this note.

a socio-technical platform
for unleashing the power of mutual learning
among people, organizations/communities, and social systems

p.s. When we’ll have a draft whitepaper about the project with sufficient coherence and clarity, we can invite Nora to be one of our Advisors. (She serves already on the Advisors Circle of our Campus Co-Evolve.)

what would be your suggestion for a fitting name if the projects first instantiation will be a socio-technical platform for Linking Personal & Collective Knowledge Ecosystems for Nurturing Systemic Wisdom?

What is the “it” that you’ve been calling #WisdomFlow?

Whad’ya think of “SymmaSys” that I wrote about here?
(A product name doesn’t have to be a legitimate English word.

I have been fascinated with this reflection by Michio Kaku,

Will Mankind Destroy Itself

Watching the elections in the US, it couldn’t be framed more accurately. The disturbing thing is that such insights have been clearly communicated for decades already, without inciting the reactions necessary to secure our collective future.

my sense is, “SymmaSys” … let’s find out

The organizing framework of the project is the innovation architecture that I introduced here, which consists of the following layers: Social, Knowledge, Value-creation, and Technology.

The project’s multi-layered architecture will inform and integrate the complex and interdependent processes within and across innovation domains. Such an innovation architecture allows: